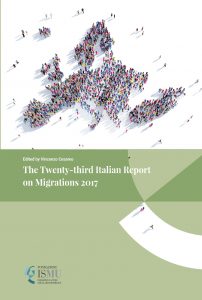 Migration in Italy and in the EU are undergoing radical changes. In its Twenty-third Italian Report on Migrations 2017, the ISMU Foundation estimates that as of 1st January 2017 the foreign population in Italy has reached 5.958.000 units and looks at the new migration trends in Italy and Europe.

The Report highlights how, once again, in 2017 the so-called “migrant crisis“ has been at the core of the political agenda and debate in Italy. While the number of irregular migrants has drastically decreased in 2016 following the EU-Turkey deal that has de facto halted fluxes through Balkan route, the migrant crisis is far from being solved. The deep crises that hit several countries both in Africa and the Middle-East have leveraged migrant flows to Italy, which has once again become the main gate to Europe in the Mediterranean despite the steady decline in arrivals in 2017.

Beyond the traditional areas of interest (demography, legislation, economy and labour, education), the Report provides an insight into highly topical themes such as the relation between EU and migration as well as unaccompanied minors. The Report ends with an analysis of migration in the US.